Have you ever wondered what mind is?

We can’t see our own mind.

However it surely exist.

How are you today?

Mind is the  place

where you think, consider, worry or decide.

What are you thinking now?

You are a kind of person

such as what you think.

Are you sure where mind is?

What does it mean?

We can’t see but can feel.

Persons who use mind’s power skilfully

“I’m not an expert at life nor a philosopher”,

you don’t have to think that way.

You can do it!

How are you today?

Your  mind is powerful.

So, don’t worry  anything.

Only you can do is,

to go  ahead to whatever  you think right.

However, we aren’t sure if we are able to keep it for a long time, are you?

“Hello!” or “Good morning!” is what you say voluntarily when you first see a person in the morning.

Then, you find yourself cheerful mind within.

Do you want to have infinite power?

Some  have  had  strong infinite  power by  now.

Many   have  already had  infinite power.

Also, some  will have infinite  power.

When  you are  devoted  yourself to  God  and  Buddha,

Everyone  of us is very precious.

when you  continuously do it.

However, it’s  not  shining at the beginning.

We need to find out how to be shined.

We have to  establish  aims,

When  the prayer  is very  pure,

it will be going to work toward realization  quickly.

So, we are classmates.

According to The Liberty Web,

“April 18, 2013: Mrs Margaret Thatcher Speaks of Her Legacy From Heaven.  Why Is Socialism Evil?

Why did you fight against labor unions? Why is socialism bad?”

Please love people around you.

Everyone of  them is very  precious,

because we’ re classmates each other in the school of this world.

We can grow spiritually as we work hard

by competing with each other.

No matter what kind of circumstance you are in,

you can do it,

we can love each other.

This is a really great thing !

Self-examination works as an eraser,

in order to erase sins from Akashic  Records.

Akashic Records are almost the same as

the reports of  spiritual histories of human beings,

which are told that only great angels can read it.

by self-examination, we’ll be able to free from any of reactions.

We live in the law of cause and effect.

There are the law of cause and effect

the law of dependent arising

our efforts are surely rewarded.

Thank you for many comments to give me.

I really enjoy looking at them.

Instead of reply to each of you,

I try to work at this site to make much better contents.

Now, I’ll tell you about a very successful Japanese man

whose name is Mr.Shouiti Watanabe,

the  emeritus of Jouchi University,  the scholar of English

When he was young, he really wanted to go to the U.S. to study and live with his family

Shortly after that, he could visit to England and Germany to study.

At that time, people or countries that love

“having dreams and self-help”

and people or countries that don’t love it, became poor.

He learned clearly about it while his visiting to these countries.

Later, Mr.Watanabe  could go to the U.S. as a professor anyway.

whatever you want to be,

and whatever you want to get,

then put the paper into an envelope,

hide it somewhere  and take a look to read it

at least once a couple of  month.

Then if you want to write down on the paper more, you can do it.

Things you want to get ,to have and to be, are possibility for you.

If you don’t  have the ability to do it, you can’t think about it.

However, things which God doesn’t want you to

get or to be, can’t come to you even though

and what I want to get too!

You can do anything you want

when you have “courage” and “effort”.

I found something that is very important today.

who is very successful in this world

but not successful in spiritual world,

When the person overcame the trial,

he or she becomes a true successful person.

I think of  ”faith” which has many levels.

We usually think that animals don’t have faith,

the faith is at a very, very low level.

it may be the same thing.

Do you know what I mean?

A self-controlled person will be able to be

at the highest level of faith.

You should compare with yourself

in your past time.

We can’t compare between lilies and roses.

This universe is marvelous!

It’s so beautiful isn’t it?

We should really respect the Eternal Buddha.

Evils are born from conflicts

There are so many conflicts in the world now.

When you wonder which side God or Buddha is on,

I’ll tell you that

he supports whichever having  love, courage and wisdom.

The Savior watches  each of us  glowing  spiritually.

Will you believe  in the existence  of the Savior right now?

I hope you will answer “Yes”.

As I told you this Earth is like a school.

We are classmates each other.

We humans are classmates each other

in the school of this Earth,

each one of us is equally precious.

The door for the future will be opened soon.

We can create our future.

This coming future will be good one.

I mean that good future is good for anyone

whoever have healthy mind.

What is healthy mind?

It is right mind as human beings.

There are  different kind of wars going on in the world now.

I don’t know the name of wars

but I know what are used on the wars.

There are hackers, wizards and gurus

that have been used as fighters

in the field of wars,

where mainly they’re on the Net !?

I strongly believe in that

by the laws of cause and effect,

people or groups that send fabrications will be destroyed

people or groups that  send the truth

will be  winners ultimately on the wars.

There are many, many religions in the world now.

By learning a religion,

we will be able to get much knowledge about

how to control ourselves,

how to be good for others or  yourself.

An entrance of each religion looks different

but the view from the   mountain might be the same.

You can climb up the top of the mountain some day.

Our lives are eternal.

A person can experience  many nationalities,

You would do better to believe in

According to “The Laws of the sun”,

His spiritual body is ten kilometer across.

The core  in the center  of the great body,

has had a human body this time

He has worked amazingly

since He realized Himself and His mission at His age of 25.

Because of the incarnation of the God of all universe who He is,

He is also the God of Love and Success. 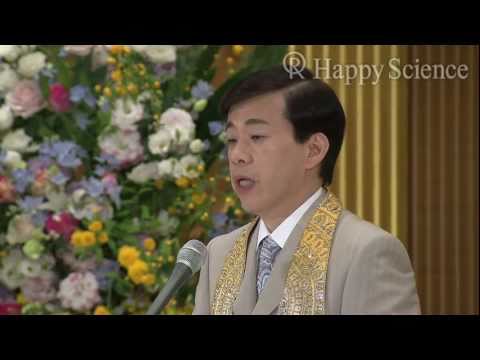 Falsehoods of the Allied Nations’ Victorious Views of History, as Seen by a British Journalist 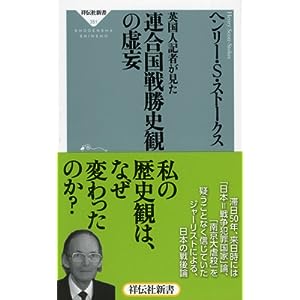 I’ll tell you why my recognition of history was changed. By Henry S. Stokes

I'll tell you Why my recognition of history was changed. 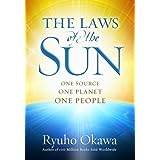 Mr.Yanai’s forefront of the Defense, Japan !!